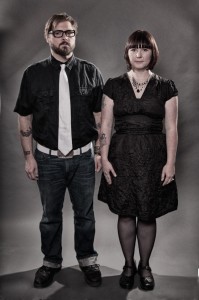 More zombie-themed musical goodness this week! Founded by Jackie and Myke Fedyk as a two piece, the Little Black Bottles have taken their rollicking, ukulele-driven tavern sound and blown it out into a signature style that manages to range from country to rock and everything in between. Inspired chiefly by horror, sci-fi and classic literature, many of the band's songs will certainly appeal to fans of the fantastical, the bizarre and the Gothic. Below is a link to one of their undead-themed tunes, Zombie Romance. We thoroughly recommend that you check it out. Enjoy! 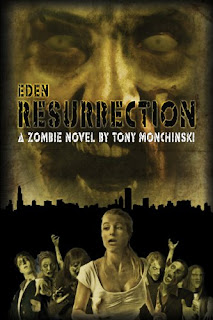 Twenty years after the living dead swept the globe, the zombie wars are over. Whole continents have been cleared of the undead, but left uninhabited due to nuclear fallout. Humanity has begun to regain its footing in small, isolated communities around the globe. When a stranger carrying hints of Anthony's past walks into the tiny settlement of New Harmony, Anthony and his friends must set out on a life-changing trek that will swiftly degenerate into a brutal struggle for survival, as they come up against zombies, mutants, and the evil that humans still visit upon one another.

There is little I can say about Eden: Resurrection that I've not already said about Tony Monchinski's previous works (these being Eden, and Eden: Crusade): the plot is fast-paced, brutal, and completely engrossing; the characters wonderfully flawed, unique, and completely empathic (if not necessarily sympathetic); the prose and dialogue a joy to read. Also, rather than giving us 'more of the same', Resurrection refreshingly removes most of the focus from the zombie menace, and places it instead upon some of the more unpleasant human elements that have managed to thrive in the predatory vacuum left by the diminished undead population. Throw in a cliffhanger conclusion, which promises one hell of a follow-up novel, and you have what I can only refer to as an 'instant classic' of the genre.

Regardless of the almost ridiculously large volume of zomfic being produced nowadays, there's a comparatively small number of authors whose work falls almost exclusively into this genre, and a smaller number still who consistently produce work of truly literary quality (in the most admirable sense of the word). Tony Monchinski is definitely one of these authors, and his work should be compulsory reading for serious fans of zombie fiction.
Posted by Chuck McKenzie at 1:43 PM 1 comment: 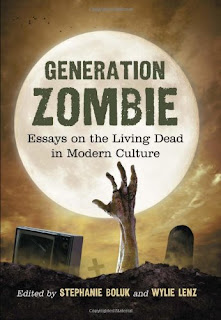 Essays on the Living Dead in Modern Culture

Generation Zombie is a collection of 18 essays examining the effects of the popularity of zombies upon modern culture (and vice-versa), through fiction, movies, electronic games, and so on. Written by a wide range of experts, enthusiasts and academics, these essays cover numerous themes that should engage the interest of most zombie enthusiasts; 'Cyberpunk and the Living Dead', 'Zombies as Internal Fear or Threat', 'Ztopia: Lessons in Post-Vital Politics in George Romero's Zombie Films' and 'The National Strategy for Zombie Containment: Myth Meets Activism in Post-9/11 America' are just a few of the specific topics covered herein.

Generation Zombie is a terrific read, and highly recommended to those whose interest in zombies and the zombie phenomenon extends beyond the short-term thrill of fiction and media.
Posted by Chuck McKenzie at 12:38 PM No comments: 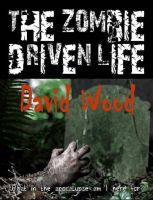 David Wood, 2011, Gryphonwood Press
High school nobody Kenan is doing just fine in the midst of the zombie apocalypse, thank you very much. But when his dream-girl, Katy, comes stumbling around the corner, Kenan finds his world turned upside down as the two of them embark on a nightmarish road-trip that will ultimately lead to a confrontation with the very person responsible for the plague of the walking dead...

The Zombie-Driven Life is a well-written and highly entertaining Young Adult novella, in which the story moves at an almost ridiculous pace, yet remains grounded by the POV narrative of the everyman protagonist. Great dollops of black humour and some wonderful characterisation round out this extremely enjoyable romp. Definitely one to add to the private library.
Posted by Chuck McKenzie at 11:33 AM No comments: 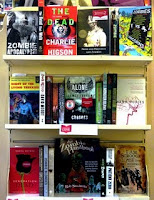 A rather sad post, as this will be the final 'bestseller' post for the foreseeable future, as NecroScope's Keeper of the Dead leaves his crypt at Dymocks Southland for mouldier pastures. It seems fitting, then, that September was, again, a bumper month for sales of zombie-related fiction. 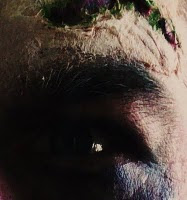 Well, we didn't quite make it to 50 new Shamblers, but obviously a great many of you took the threat of No Prize seriously, as we did end up with a whole bunch of new zombies shuffling our way. And hey, you all knew we weren't really going to keep that prize pack for ourselves, didn't you? Eh?

Our lucky prize-winner, chosen at random by The Pointing Finger of Death was...Greg Chapman, from sunny Queensland, Australia! Congratulations, Greg - your prize will be arriving via hearse soonish.

To all our non-winners, commiserations - but stay tuned. There are plenty more goodies gathering dust in the NecroScope prize vault, and we'll be sure to have another clean-out soon...
Posted by Chuck McKenzie at 10:20 AM 1 comment: