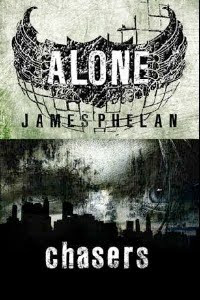 Australian teen Jesse is on a UN Young Ambassadors camp in New York when his subway carriage is rocked by a massive explosion. Jesse and his three friends, Dave, Mini and Anna, crawl out to discover a city in chaos. Buildings are in ruins. Bodies litter the streets. And the only other survivors seem to be infected with something that turns them into horrifying predators...

It's tempting to suggest that some of the darkness in this novel - and there is plenty of darkness - will be lost on its intended Young Adult audience, as Phelan successfully drags the reader back to 9/11 (which younger readers may not visually recall) with his description of a city in ruins. However, so vivid is the setting that even pre-teens should have no difficulty in grasping the horror of the situation described herein. The plot is straightforward (with at least one massive twist!), though totally engrossing due to the uncertainties faced by the protagonists, and the characters are believably flawed. The infected 'zombies' of the piece are treated with far more sympathy than I've previously experienced, with constant reminders that these are people unable to control their behaviour; this does not, however, make them any less terrifying, and their motivation to attack the uninfected (or even one another) -  a terrible, all-consuming thirst - only intensifies their creepiness.

Chasers is an excellent novel (and the first in a series) that should please most fans of apocalyptic zombie fare, regardless of age. It's worth noting also that the book has been selected for the current GET READING! nationwide Australian Government initiative, and thus should be available in all good bookstores.
Posted by Chuck McKenzie at 9:52 AM No comments: 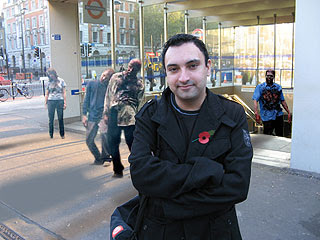 
"On Sunday November 14th 2010 you'll have the chance to experience something that we believe has never been done before in the UK. You can be in the cast for the greatest number of zombie extras ever gathered on a film set. AND take part in the filming of The Zombie Diaries 2 on Tan-Y-Bwlch (south) beach as part of The Abertoir Horror Festival."

To take part, you need to register.

Read more about The Zombie Diaries and director Michael Bartlett.
Posted by Unknown at 9:09 AM No comments: